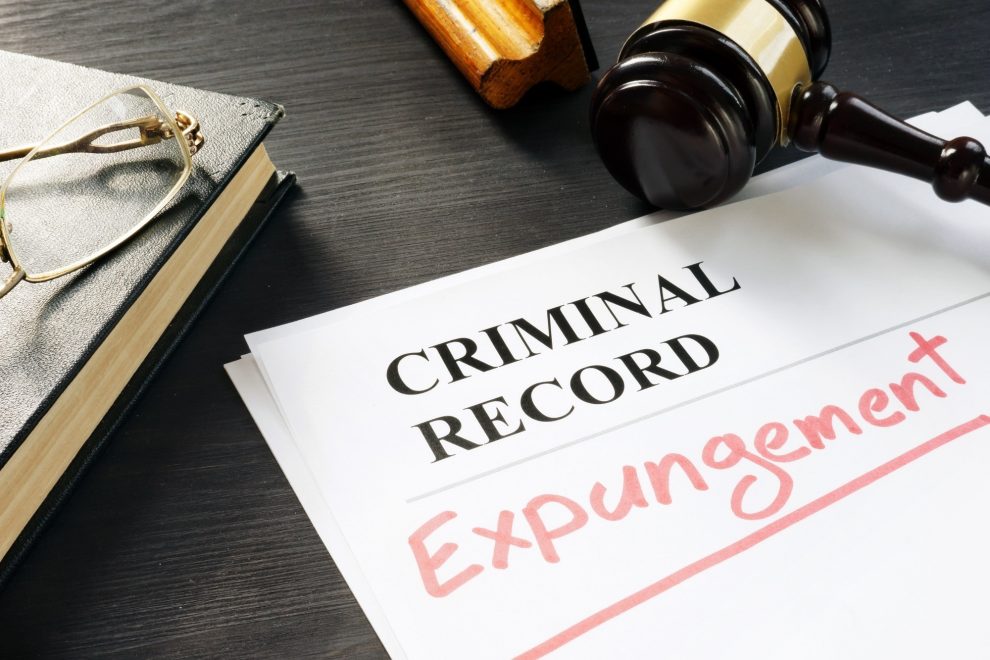 An expungement proceeding is a type of lawsuit in which a first time offender of a prior criminal conviction seeks that the records of that earlier process be sealed, making the records unavailable through the state or Federal repositories.

A criminal record can create difficult downstream consequences whether you or your loved ones was arrested or convicted (or both). A criminal conviction can remain on your record indefinitely, making it hard to find a job, get into college, adopt a child or even sign a lease. The best way to ensure an old mistake does not continue to harm an individual’s reputation and professional opportunities is to have the record expunged.

Expungement (also called “expunction“) is a court-ordered process in which the legal record of an arrest or a criminal conviction is “sealed,” or erased in the eyes of the law. The details can vary from one state to the next, but most states’ laws provide that once an arrest or conviction has been expunged, it need not be disclosed, including to potential employers or landlords.

A person must file a petition for expungement, often in the same court in which the criminal prosecution took place, pay a filing fee, and submit the paperwork to a court for judicial review. The petition only addresses a single criminal case. The judge must review the file and determine whether petitioner meets that jurisdiction’s requirements.

Eligibility for an expungement of arrest, investigation, or conviction records will be based on the laws of the state where the arrest or conviction happened. Often a number of conditions must be met before the request will be considered, including:

Each state sets its own standards concerning factors which may contribute to a denial include:

If you were previously charged with a crime, records of the incident may still exist which can become a source of difficulty or embarrassment in the future. Get in touch with a local attorney today to learn if your records qualify for expungement. An experienced criminal attorney will be able to tell you if you qualify for expungement and how the process works where you live.