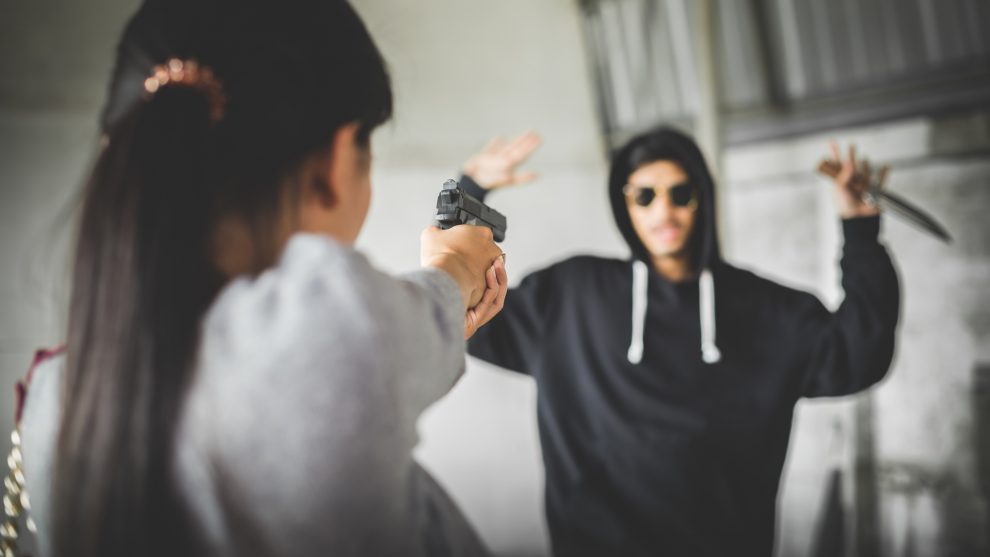 The right of self-defense is the right for person to use reasonable force or defensive force, for the purpose of defending one’s own life or the lives of others, including, in certain circumstances, the use of deadly force.

If justified, self-defense is a defense to a number of crimes and torts involving force, including murder, assault and battery.  Use of force is justified when a person reasonably believes that it is necessary for the defense of oneself or another against the immediate use of unlawful force.

Self-defense law dictates what is considered justifiable force and what is not.

Imminent threat. Self-defense only justifies the use of force when it is used in response to an immediate threat. This can be accomplished through words that imply a threat of force or an actual show of force. However, if someone commits an assault on a victim and then there is no belief regarding any future violence, the imminent threat of harm does not exist after the assault has ended.

Reasonable fear. Sometimes self-defense is justified even if the aggressor didn’t actually mean the perceived victim any harm. This means that fear is assessed according to the reasonable-person standard, which asks what an ordinary and reasonable individual would do under the circumstances. For instance, if the person was incapable of committing the harm threatened, the threat is not reasonable.

Proportional Force. A person can only employ as much force as required to remove the threat. A defendant may not use deadly force to respond to a threat that was not itself deadly. If the threat involves minor force and the person uses self-defense that can harm or kill the aggressor, the argument of self-defense may not apply.

Imperfect self-defense is self-defense that was arguably necessary but somehow unreasonable. In some cases a person may have a genuine fear of immediate physical harm but this fear may not be reasonable to an objective person. It does not excuse a person from the crime of using violence, but it can lessen the charges and penalties involved.

Duty to retreat. In some cases, before using force, a person who is under attack should attempt to retreat or escape, if such exit is reasonably possible. Some states require the person claiming self-defense to show that he or she first tried to retreat from the violence. However, most states have removed this rule in cases of involving the use of nonlethal force.

Castle doctrine. A person can use deadly force against someone who unlawfully enters their home. The castle doctrine means that if a defendant is in his home, he is not required to retreat prior to using deadly force in self-defense.

Self-defense claims are fairly common and and the amount of force they are allowed to use can be complicated. A criminal defense lawyer may be consulted to explain the particular rules that apply in the state.