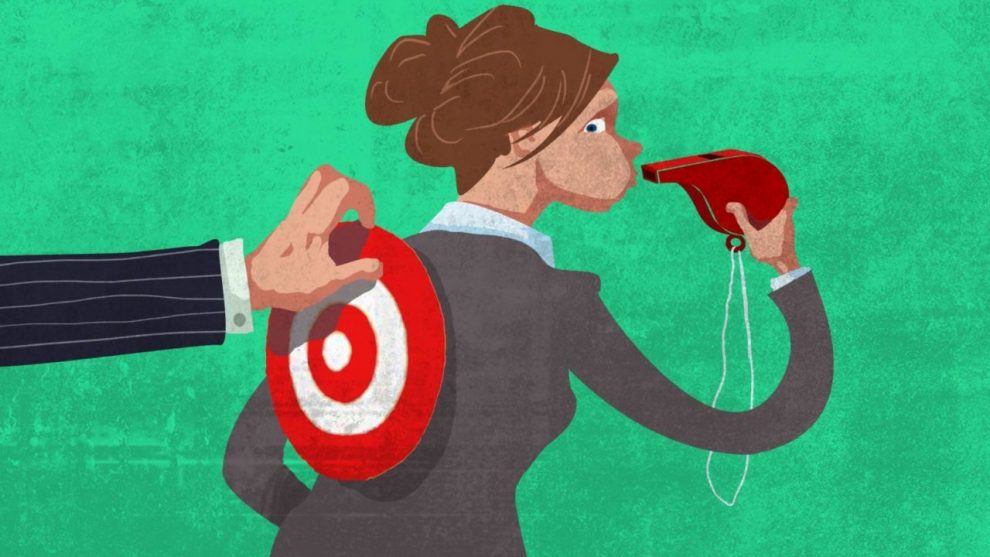 Whistleblowing, or “blowing the whistle”, is the disclosure by an employee in a public or private enterprise, to the public or to those in authority, of mismanagement, corruption, illegality, or some other wrongdoing which tends to injure a considerable number of people.

Whistleblower is a person that sees illegal or unethical activities within their workplace and reports these violations to law enforcement and other government agencies, when their bosses refuse to do anything or look the other way.

Whistleblower law includes the statutes that protect employees from being terminated or otherwise discriminated against in retaliation for exposing suspected dishonest or illegal activities or wrongdoings, which violate the public trust, occurring in their place of employment.

Protected whistleblowing is defined as disclosing information which the discloser reasonably believes to provide evidence of:

The underlying purpose of whistleblower protection laws is to allow employees to stop, report, or testify about employer actions that are illegal, unhealthy, or violate specific public policies.

The following elements are the basic components of most whistleblower protection claims: